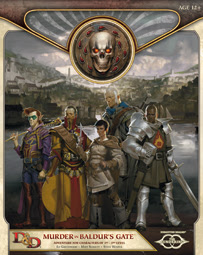 We played some more Next over the weekend, basically the Apprentices are thrashing the goblin lair in the caves of chaos. They're level 2 now and feeling a little bolder than at level 1. It's a lot of fun to watch them become experts on the area and the mechanics as they spend more time with both.

Schedule conflicts did keep us from playing as much as we wanted and this brought things to a head. Red and Blaster are both tired of playing and "never getting anywhere". The highest level they have reached in any version of D&D is 3rd and they've been playing for a few years now. Some of this is my fault as I've been using them as guinea pigs for different games, but their interest levels jump around quite a bit too. That said, they are asking to concentrate on one game so they can make real progress in it and I agree that it's time to do that. With school starting back up next week schedules should settle into a routine so it's a good time to do that.

Challenges: Red is a senior and has a job and is in a bunch of extracurricular stuff (including being the school mascot) and usually has a girlfriend at any given time. Blaster is starting high school and is in marching band and isn't with us every day of the week. Who is younger and isn't as tied up but will likely be seeing an uptick in homework as he enters middle school. With those first two it means fall Fridays are booked, weeknights are busy, and weekends are tricky at times. Oh, and Twilight is learning to drive, but that's a different problem...

Since I'm already running a game for the grown-ups that's a chunk of my time taken up, and Lady Blacksteel and I try to have some kind of a social life too so schedules are complicated. I've told both Red and Blaster to make a serious effort to find some players at their high schools - there are pockets of us everywhere, and they don't have to hide like they used to. The LGS is on my radar as well. They have some group running old school D&D one night a week but we may have to do something on our own up there to really stir the pot.

So then, what to play? If we're going to play one game every week/two weeks then it needs to be something we all like. Now they like Marvel/Deadlands/Shadowrun/M&M/Star Wars but they're asking for D&D. Over the last couple of years we've played Basic, Advanced Labyrinth Lord, 4E, Pathfinder Beginner Box, and Next and they have asked about AD&D 1 & 2 and 3E. So yeah, not a ton of focus there.


There's a lot of 4E stuff yet unexplored - The original WOTC "adventure path" of Keep on the Shadowfell etc., the Dungeon Scales of War path, the Dungeon Chaos Scar path, Neverwinter, and a bunch of other one-offs, plus our converted ToEE game. I'd love to spend more time with it but that seems less likely right now, for this anyway. I still have the grown-up game regardless.

3.5/Pathfinder - there's no lack of material here either and battles aren't as time-consuming so it could work in a 2-3 hour weekly session. I'm considering it. 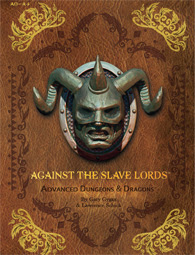 That really leaves Next as the looming choice - all three of them like it and it plays fairly fast, more like Basic than 4E. With the announcement that there is only one more packet coming my interest momentarily dropped away - why waste time on it now? We can play something else and wait for the official release. Then I got to looking at the available material for it and realized I could probably string together a campaign out of this stuff. I see three paths forward:


Right now I'm leaning towards the Slavers series. It's minimal work, I could bring in a setting I haven't touched in a few years, and it has long term potential. I'm going to re-read all four of them, plus "The Slavers" from Second Edition to see both what I can do with it and to see if the XP numbers and the treasure make any kind of sense. I can go free-form and just level them up when it makes sense but if I can make the math work then I'd rather do that - it helps keep the old school feel a little bit more. Instead of using the "A0" provided in the book we're just going to finish out the Caves of Chaos and they should be level 3-4, ready to start chasing slavers.

I'm hoping this promised September packet is bulked up a bit. I can pull this off but it would be nice to see some additional magic items and their plans on monster advancement, etc. DM-side stuff.

It's a little strange - all these books on my shelves and we're going to end up playing a game that's not even published yet. At least it's free, unlike some other Betas. Assuming we make this a weeknight game then we will still have some weekend time for superheroes etc.
Posted by Blacksteel at 12:48 PM

Two many games and too little time. The age old problem for all gamers. Still, I must say I am rather envious. Being able to play with family, especially ones own kids, is the maturing gamer's dream come true.

Love to get your thoughts on Next and a project I am working on. Thought I had your email but can't find it. Do you have mine?

I know you've read it, but have you tried 13th Age with them yet? My group has similar differing D&D tastes and we think 13th Age might be the common ground we've been looking for.

Oh and that formula does change over the years -junior high-college it was lots of time and little money. Somewhere along the way it reversed.

The kids are one main group, the other is adult friends, some of whom have been around since the AD&D days.

What's really fun is mixing the two and watching things come together.

KG - I have the playtest stuff for 13th Age but I haven't bought the final book. I was waiting on them to release the PDF and they have delayed it some. I'm definitely interested but I need the official final book version first.

Well that's fair enough. I'm surprised that the pdf isn't out as they sent it out to backers a few weeks before the physical book was released; I wonder why they've delayed it?

They said it was to support local game stores. They were going to wait a month or so after the book came out