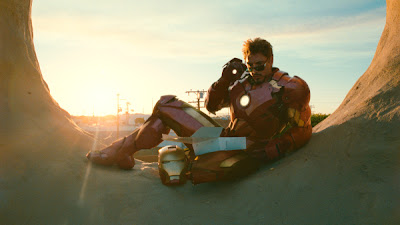 Since 3 has been out for a few weeks I thought I would go ahead and indulge myself with a  recounting of why I love these movies so much. You really need to see all 3 before reading this as I'm not going spoiler free here.I will issue a "Shameless Gushing Alert" though. You have been warned.

There are 3 comic book boxes in my house:

Iron Man was my favorite from about the time I discovered him (in the single digits) onward. I liked plenty of other super hero types but he was a lesser-known guy (snobbery at an early age? most kids knew who he was, even if the grown-ups did not) that I thought was really cool.

So I heard they were doing a movie and I cringed - they'll change up something or the special effects will suck or the acting will be terrible. Remember, Superman and Batman had movies before I was born and were on TV all the time, cartoon and live action. Spiderman and Hulk and even Captain America were on TV too, again with cartoons and even some live action (70's live action - it wasn't great but it was there). Iron Man couldn't even get on Saturday morning when I was a kid. Now they're going to make a movie of him? I was afraid that besides being bad it would turn the character into a joke for the next 20 years.

Boy was I wrong.

I will say when I learned Robert Downey Jr. was going to play Tony Stark I thought he was an excellent choice within about 30 seconds of hearing it. So, why is the first movie so awesome? 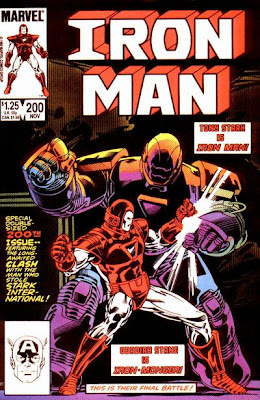 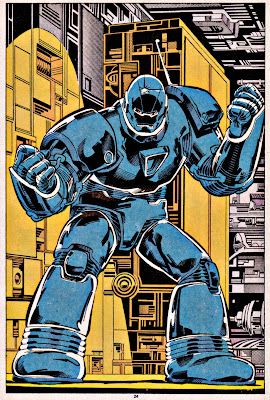 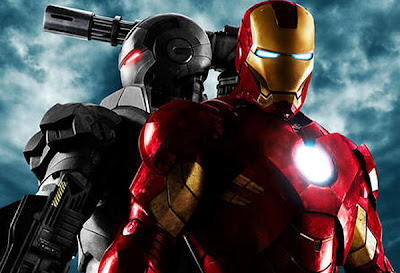 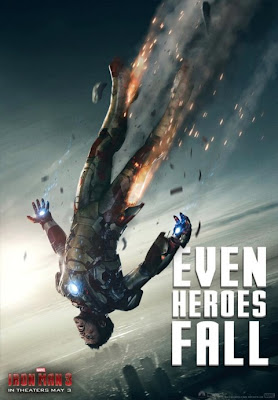 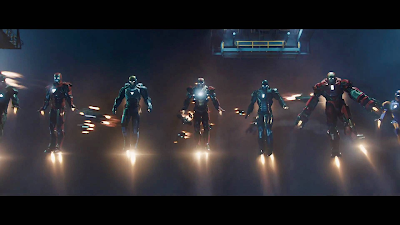 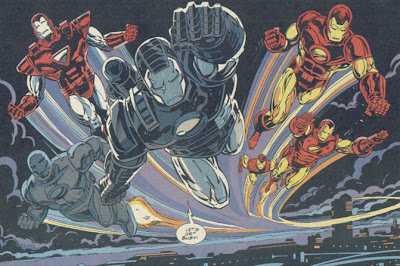 So yes, I liked them. The feeling that somebody gets it and then does it right is a good one to have, and it's all over these movies. The combination of actors, characters, stories, villains, effects, and a general paying of attention to the source material puts them at the pinnacle of the comic book movie pile for me. The Avengers is just the cherry on top. It might not go on forever but it's incredibly good right now.
Posted by Blacksteel at 12:00 PM

I have been a fan of ol' Shellhead since the mid 70's. I have collected the comic through some of the best years of the series and the worst.

These movies have all been great, and like Adam West to the kids of my generation, Robert Downey Jr. will be who people think of when they think of the character.

While I was disappointed in the big reveal for the Mandarin in the third movie, overall they did a great job with the villains and adapting some of the best parts of stories over the years to the big screen. Hopefully RDJ will still make some appearances in future Marvel films even if the Iron Man saga is done for now.

Michael Keaton is the best Batman since Adam West.