Revelations From A Month of Character Building - M&M 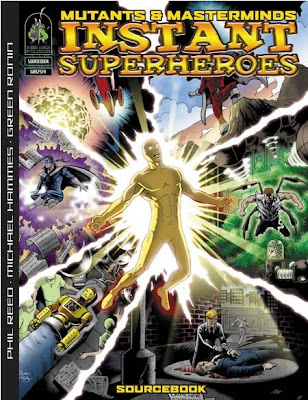 While working on all of the characters for April I ended up reading the Mutants and Masterminds 2nd Edition and 3rd Edition rule books back to back. This was an eye opening experience, as I've been a hold out for the last 2 years trying to keep on going with 2nd Edition. After working with both of them I have decided to move on to 3rd for all of my M&M games. 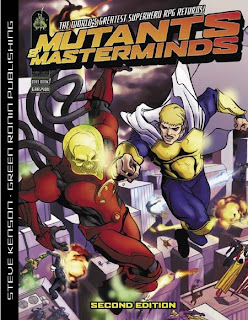 Now there's nothing wrong with 2nd - It's a complete, solid game and I like it a lot. The main reason I wanted to use it is that I have a ton of supporting material for it and I like having ready-made stuff at hand when I'm running. Freedom City is the big one here but Silver Age and the Book of Magic and Instant Superheroes are all huge too. There are also some good adventures written for it, from Time of Crisis to the downloadable stuff to the Dr. Null adventures. The biggest win for me here was that having all of those things in 2E and playing 2E means I don't have to convert anything! I do a lot of conversion in my D&D campaigns so I'm not looking to take on more for my occasional supers game sessions. This is the single biggest factor keeping me with 2nd: I have a bunch of good stuff for that I want to use! 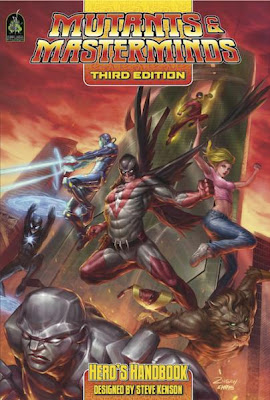 Then I re-read 3rd edition for the first time in a long time, cover to cover. It quickly reminded me of why I liked this game so much when DC Adventures came out in 2010 - From the way the pages are laid out to the art to the substantial improvements and streamlining in the rules themselves it's just better. I'm not just comparing it to M&M 2nd, I'm comparing it to any other RPG core book out there. It's just a level up from almost all of them. I really liked it then and somewhere along the way I let that be trumped by 2nd's greater pile of available material. I'm not going to do that any more. As much as I like the 2nd edition, I like the 3rd more. 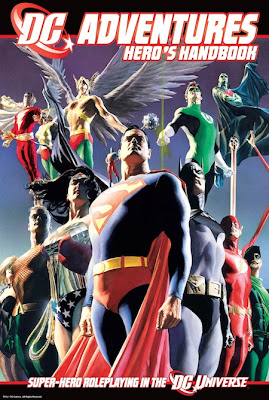 The other consideration is that even though it came out in 2005 I never got to that effortless level of familiarity with the rules for M&M 2E. I just didn't play it or run it enough. That means in the last few months as I have tried to get a sustained run of it off the ground I am still having to look up rules fairly often - 8 years after the book came out! If I'm going to have to burn time in-game to page flip, and if I'm going to spend time between sessions reviewing the rules and making up my own cheatsheets, then why not do it with the current version? Additionally there is more material out now for 3rd than when I started: The GMG is amazing, Power Profiles is handy, Threat Report has given us a nice stack of drop-in villains, and the internet has had a chance to crank up the pipeline and turn out an amazing amount of stuff - as usual one of the best resources for the game is The Atomic Think Tank itself. 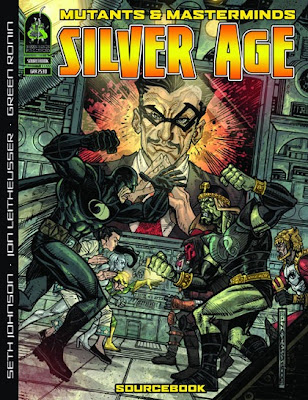 Anyway, I thought I would share this "personal journey" of mine. I didn't really see it until I had both versions side by side, in a way, and that sealed the deal for me. So from here on out any M&M stats I post up on the blog will be for M&M 3. I'm using Hero Lab for everything now too so I'll post up the files for that for any conversions I do too. 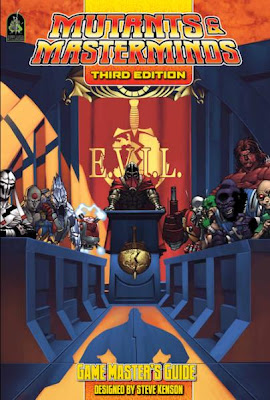 I honestly believe Mutants & Masterminds improved with each edition but my personal preferences for game design and style lead me to prefer the 1st and 3rd versions of the system over the second (but honestly, not by much).

I like 1E's simplicity and how 3E brought that back but added a whole lot of streamlining and versatility to the mix.

I liked your A-to-Z month, although I must say it is not what I expected. It was far more comical and parody filled than I anticipated.

Are your Superheroes RPG games normally of that nature or do you, in actual play, take the genre and characters more seriously?

I agree with you on M&M - I liked 1E when it came out, liked 2E, and liked 3E and thought each was an improvement when it was released. I recently re-read 1E though and it has so many D&D 3-isms in it I would have a hard time running it now.

As far as the AtoZ characters they are all taken from our City of Heroes roster and those characters were not especially serious. They were mostly a combination of powers, costume fun, and can I make someone laugh or work in a different kind of homage. They were more "look and action" based rather than "concept" based. Not all, but most. When we make characters that are intended for a tabletop game from the start they tend to be a little different. Translating them was part of the fun of the month though.

That said, a lot of my supers gaming lately is coming with tween & teen kids so it's not super-mature by any means. They're all quippy and funny until someone gets punched through a wall - then they're out for blood. Their super-background is a lot more cartoons and movies than it is comic books so they have a different take on things than I do sometimes.