H is for Huckster Ace 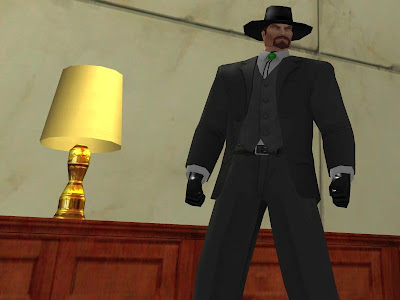 First Appearance
Ace was my first "Controller" for City of Heroes. I went with Fire and Radiation as that seemed like the nastiest combination and made both powers a nasty greenish-white color and dubbed it "Hellfire". Thematically I went with a western look as I was thinking of the Hucksters from the Deadlands RPG and envisioned him as a more powerful version of those who had been pulled thru time for unknown reasons. 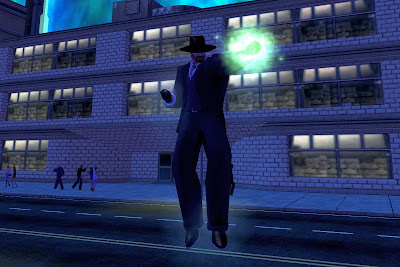 Origin
Huckster Ace grew up in the latter part of the 19th century in America. As with many young men he eventually went west, but this was not history as we know it, but something known as the "Weird West" where legendary creatures walked the shadows and men of both good and bad character took up the fight against them. He learned the secrets of the book of Hoyle and became a powerful wielder of hex magic. In one particularly violent confrontation with a servitor of the reckoners, he blacked out and found himself somewhere else. Later he came to know it as 21st century America. It was different than home - a lot different - but there was evil here as well and his magic still worked, so he took up the fight once more. 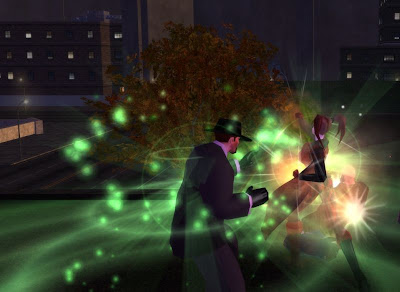 Personality
Ace is a quietly confident man, occasionally grim when confronted with the darkest magical threats, but most of the time he is pleasant to be around and very optimistic in his outlook on life and the future. He is also a closet entertainer as his brand of magic means that he is quite adept with cards and card tricks. He always carries at least one deck of cards, usually several in various pockets.

He is also a man out of time, and though he has adapted to some degree there are many ways in which he is different, old fashioned, or has a blind spot. He is polite to most, women in particular, though he has tried to tone down his old west habits a bit as some women seem to find it offensive in some way. Also, unlike some other time-lost souls, he has no great desire to return home. Based on the magic he knows, he suspects if he did return it would be to the exact moment he left, and he knows that he was about to die. For whatever reason he was thrown forward 100+ years instead, and he is quite content to accept this gift without questioning it too much.

Somewhere between "Maverick" and Gandalf" is a good rough description of his general mien. Mix in some of the optimism of Brisco County Jr. and you're in the ballpark. 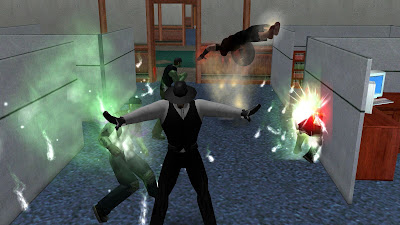 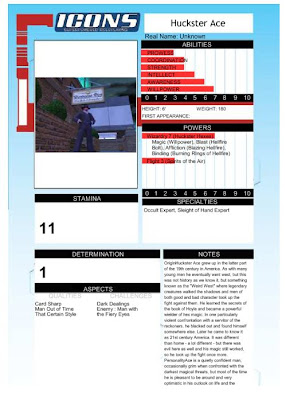 Flight 3 (Typical) - Spirits of the Air - Ace has a pact with certain air spirits that allows him to fly anywhere there is air. 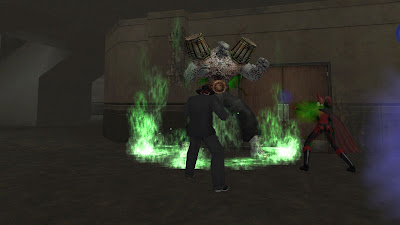 Qualities:
"Card Sharp" - Huckster magic is based on cards and gambling so he knows his way around "games of chance" like few other men alive. He is a gambler by nature and this manifests in various ways throughout his life.

"Man Out of Time" - He was born in 1850 and was in his 30's when he suddenly appeared in 21st century urban America. There was some culture shock, followed by some adaptation, but one's upbringing and 30+ tears of experiences  is not something that just goes away.

"That Certain Style" - Ace likes to keep a certain look, largely based on his look in his own time. He realizes this makes him stand out in many places but he secretly likes the attention. People may not immediately recognize him as a superhero, but they do notice him. 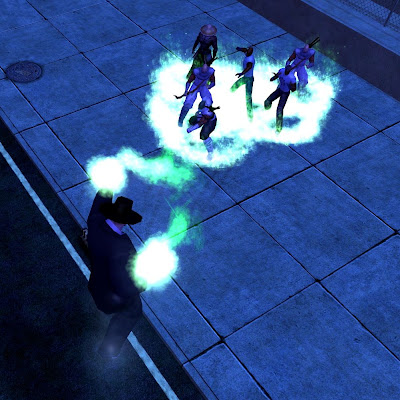 Challenges:
"Dark Dealings" - Hexslinging involves gambling with evil spirits for the power to accomplish the goals of the huckster. Occasionally the huckster loses and bad things happen. Also, pure white magic types would likely have a huge problem with this if they knew exactly what Ace was doing when his eyes turn green. For now it's a well-kept secret.

"Enemy - The Man with Fiery Eyes" - There have been rumors of another "cowboy-lookin' dude" around the city lately, one who wields a pari of old west revolvers and whose eyes appear to be on fire. This is nagging at Ace as he has a nagging memory of confronting such a foe, inconclusively, back in his own time. He knows the mysterious figure was magically powerful, and he is baffled and concerned that this foe could show up here and now. He senses that some kind of confrontation is coming, but he has no idea who this is or what he is supposed to do. 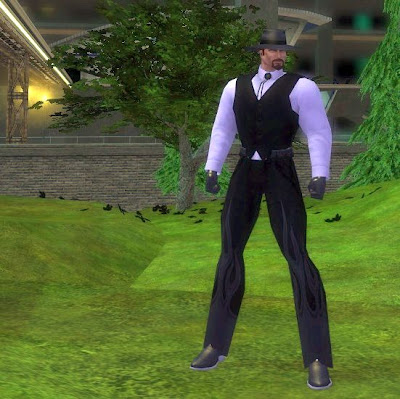 Getting back to his origins ... 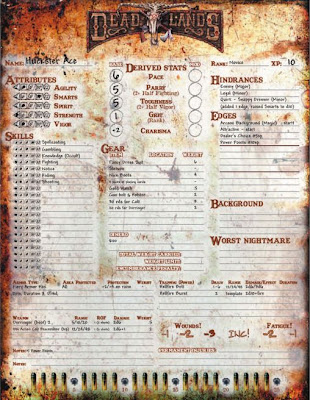 Here we have Ace just after his first few adventures in the Weird West. He is similar physically to his ICONS incarnation, but he can't fly, carries a few guns, and has a slightly different magic arrangement. I wanted him specifically to not be a big brawler or gunfighter so his abilities there are average at best. He is pretty focused on his huckster abilities though and should be fun to play. As he advances I would focus on buying more powers and adding some social skills since he's fairly purty.

Finding yourself thrown into the future would be quite daunting. Best not to go back, though...

I love the graphics in the game.

Thanks all. City of Heroes wasn't the most advanced game looks-wise but it was pretty good when it came out in 2004! I'm still pretty miffed that it was shut down. Now all we have are the screnshots - and the characters!