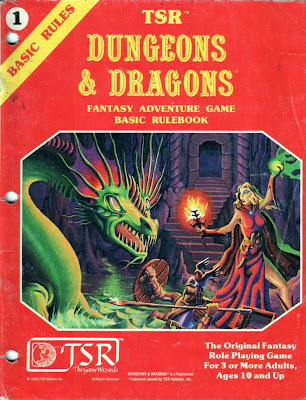 This is the first of two articles outlining the goals for Next and everything I read in it makes me happy. Here's a particularly choice passage:

This brings us to the second big picture goal. We're going to make an RPG product called Dungeons & Dragons. It will be the game, Dungeons & Dragons, not just a sampler or a game that guides you through making a character and playing a single adventure. You can buy D&D and play a full, tabletop RPG campaign. You will be able to start playing, regardless of experience, and will easily find other products to migrate to if you so desire.

It's worth reading the rest but to me this will be a big win if they can pull it off. 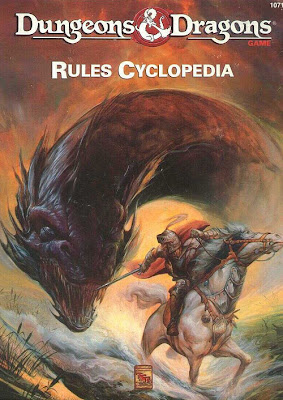 The second article is just as big, and just as important:


The current choices that are present in the game—deity for a cleric, tradition for wizard, and so on—won't appear here. The options built into characters will reflect the iconic D&D expression of the classes. Clerics will turn undead, wield maces, wear heavy armor, and heal characters. Wizards will throw fireball and magic missile. Fighters will wear heavy armor and wield the best weapons. Rogues will be sneaky, good with traps, capable of climbing walls, good at backstabbing or sneak attacks, and otherwise talented with the classic rogue abilities. This is where it is critical that new and returning players see the races and classes in their most iconic form.

The key strengths of the basic rules are that they make the game easy to pick up and play, with fast character creation and classes that default to simple but effective options. Like basic D&D, the rules are more freeform, with DMs encouraged to use the core mechanics to adjudicate corner cases as they come up.

The basic rules will succeed if they support the key concepts of an RPG, namely that you can try anything and that there are no bounds to what is possible. Like basic D&D, the focus rests on the core concept of an RPG, rather than exhaustive rules or character options.

Again, I like everything I see here and the full article goes into more detail and the plan is to add options as parts of an expansion, things like skills and deities for clerics and all the things not found in what is described above.

Overall this typifies the love/hate thing I have with Next: I love the direction they talk about for the game in general, but half of the specifics I see in the surveys and the rule discussions leave me completely dissatisfied. I'm hoping that this latest statement of intent signifies a long term move in the right direction. As with many things, intentions are fine but the execution is what will matter. FOr now at least, they do seem to be getting the intentions right.

Finally and oddly coincidentally, we have a statement of design goals for Shadowrun 5th Edition. You should probably read the whole article if you are interested, but here are the bulletpoints:


I feel like some of these could be in a DM Advice column. I don't have an attachment to SR4 but I like what I'm seeing here. I am cautiously optimistic that they may finally give me a reason to move on from SR3. Time will tell.

Did you ever watch Star Trek: Voyager?

In a number of episodes (far too many in fact), Captain Janeway would do something that violated the Prime Directive as it was established in all the previous series, create the episode's dramatic conundrum and than site the Prime Directive (essentially in name only) as the reason she did what she did.

At the end of these episodes, she and her crew would somehow remedy the situation and site the Prime Directive once more, with everyone patting Captain Janeway on the back for a job well done.

Essentially, no one on the show, from the characters to the writers, had any clue of what the Prime Directive was, what made it an interesting plot complication or how to solve a plot with this element as a key factor (since they didn't understand what it was in the first place).

They say it's one way but they make something else because, frankly, I'm not sure they know what it is or its supposed to be.

I enjoyed your trek analogy.

I enjoyed this article and while I stopped at 3.5, I'm excited to see the new directions they are taking. Good article.

so you're the one who watchedVoyager!