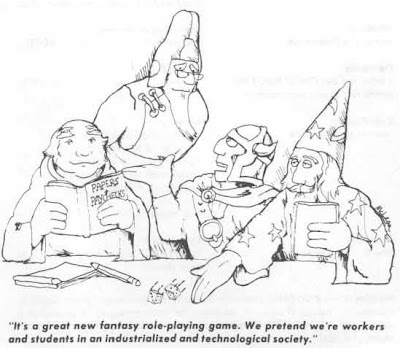 With the kids constantly coming and going and with work time creeping up gaming time has been scarce. Heck blogging time has been scarce and that only requires me to make it happen, no one else. The grown-up campaign is back on track, and the 4th Edition Apprentice game is back on track, but we had been hoping to accomplish a little more. In trying to continue down this path I decided it was time to flat-out state what we were going to do and how we were going to spend our time. So, I sat Blaster and Red down and asked them what they wanted to focus on for the rest of the year and it was pretty much this:


All good choices, and all possible, but now we run into a time crunch - there are only two days in the weekend, maybe 3 if you count Friday night, and they keep having stuff to do on the weeknights. So I have at best 3 days/nights a week to play and 4 games to try and work in. Additionally some of the kids are only around on certain weekends, further complicating the schedule.

D&D 4 works best when played regularly as it keeps everyone familiar with the system and the players learn to do more interesting things with their characters. The boys also really like it, so it's probably top of the list.

40K is fun but has a fair amount of setup time and takes at least as much time as a good D&D run, so it's hard to work both of them in on the same day. Plus we do other things besides play games and those tend to prevent weekly gaming marathons. Aside from that it's a fun game, there's a new edition, we have a ton of stuff for it, and they have friends that play it too. So it's high on the list as well.

ICONS is the perfect candidate for shorter sessions but that means it tends to get squeezed out when things come up as we try to preserve time for the "bigger" games. We haven't played much ICONS lately and I'm not liking that at all.

M&M takes a little setup but not much more than D&D 4 with a character building program and I think it too rewards steady play with better options thru mechanical familiarity. We haven't done much with this one either lately but we're getting there.

Pathfinder and Marvel Heroic were also mentioned but those may have to wait for awhile as one-offs at most. Star Wars, Deadlands, Pirates, Gamma World, Champions, and the others mentioned at various times on this year's posts are all set aside for now.For a guy with too many RPG's this is a hard thing, but it had to be done. I'm especially not caring much for the lack of Savage Worlds as I've been in on that system since it started and I don't have much time in it for 2011 or 2012. That might have to be 2013's resolution.

Tentatively I'm thinking D&D on Sunday afternoons - the most reliably regular day - though I do like football
so we have to work around that. Saturday may alternate between 40K and M&M for a while, and ICONS will continue to be the when-we-can-work-it-in-game.

With the holidays coming up we should have the opportunity to work in some one-shots or extra long sessions and those will likely be ICONS or Marvel, and I might even  get the grown ups to play in those too.
Posted by Blacksteel at 12:00 PM