People say 4E is like a computer or video game anyway right? Why not explore that as a positive for once?

The Ultima computer games were a pretty big deal in the 80's and into the 90's. Though primitive by today's graphical standards, they incorporated some elements that many modern games could stand to try. I think they could make an interesting model for a tabletop campaign too. There are really three trilogies within the games: 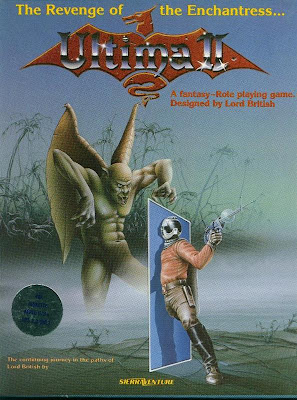 * Ultima I is a pretty standard fantasy CRPG - The evil wizard Mondain threatens the land so you level up fighting monsters until you're strong enough to defeat him.
* Ultima II has a similar theme but the threat is Mondain's female apprentice Minax and you must journey through time and space to learn enough to defeat her. This one had four time periods on earth (BC, AD, The Aftermath, and the Time of Legends) plus you could take a rocket to the other planets of the solar system (I believe Venus was infested with orcs) and I spent much of the summer of 1983 exploring it. Notably, the maps are completely different than the map from U1.
* Ultima III goes back to a traditional fantasy game. The evil offspring of Mondain and Minax threatens the world (again a completely new map) and you must level up by going around the map and into dungeons and cities to gain the power needed to defeat this evil. The notable change here was that you could do it with a party of up to four characters. Some of the names from this game would reappear in the next trilogy, from towns, to the moons, to NPC's. 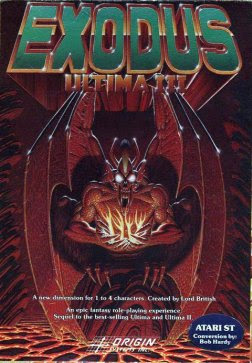 So the first three games are somewhat linked by story, but in effect they are separate games and playing the earlier ones doesn't really help or hinder you and there isn't much continuity. 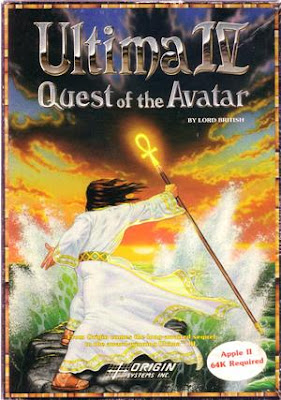 * Ultima IV brought us a new permanent home: Britannia. This continent and its geography of towns and terrain would remain the same for the rest of the series. Many of the names from Ultima III are carried over and the previous games are treated as previous ages of the same world. The quest in this game is a complete departure from all previous CRPG's, most of the ones that came after, and most tabletop RPG's as well. More about that below. Suffice it to say that there is not single overarching enemy.
* Ultima V brings us more details of Britannia and the quest to bring down a usurper to the throne
* Ultima VI further details Britannia and opens up a new realm and a new enemy in the gargoyles. The quest here leads to a resolution with the gargoyles and hints at other powers in the world 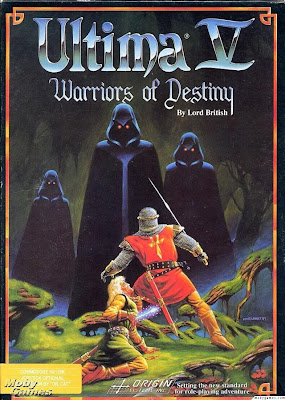 These three games are the most closely linked in the series. They follow each other bam-bam-bam chronologically and to me are the high point of the whole series. The world is pretty stable, many of the same characters appear in each game, and each one builds upon the prior game in detail and lore as you move about the world. Plus the quests are not the typical "Stop Giant Evil" of most RPG's, computer or not. 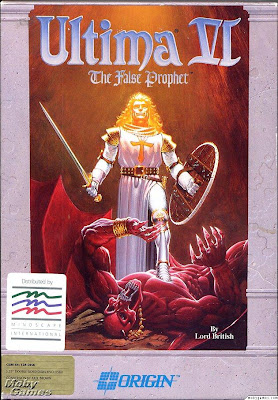 Ultima VII, VIII, and IX take place in the same continuity although VIII involves a trip to another world and spends little time in Britannia. The short version is that VII confirms that there is an enemy out there of great power that is interested in you personally, and that he will do bad things to Britannia just to get your attention. In VIII you journey to his world to learn about this enemy, then in IX you are back in Britannia setting things up to take on this enemy. After VII the quality of the games goes downhill as the focus on the graphical elements increases and leads to a weaker story IMO. 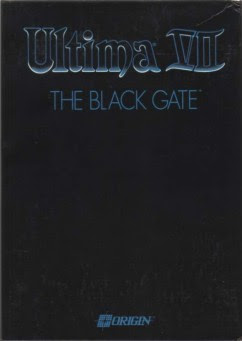 There are the makings of a legendary campaign in there though. In IV (the real turning point of the series) the player takes their character thhrough a journey to learn 8 virtues and if he can learn those virtues and demonstrate them in-game (things like killing guards and stealing items are bad in IV and will hurt your quest, unlike earlier games) then he can enter a final dungeon to find the Codex of Wisodm and ascend to become a super-being called the Avatar. Through the rest of the series the Avatar becomes a kind of Eternal Champion, ala Moorcock, or Superman, ala DC Comics, in that while they do not rule or seek power in Britannia, they are its ultimate defender. Now in each game you have to start all over again but after IV you are known as the Avatar right from the start and are just working back through the cycle to regain your power. 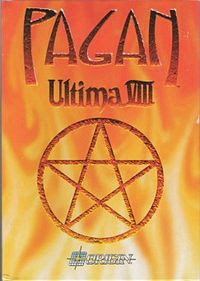 Once you hit VII - IX your personal Darkseid, a being known as the Guardian, becomes your main long-term opponent. As the Avatar is sort of a being of light, he is of course more dark and conflict is inevitable. In the end, though, supposedly instead of beating him you must merge with the Guardian to ascend to another state of being. I'm not sure if this ever happened as I never finished IX and never played Ultima Online, where presumably they would mention this kind of thing. It's a little like the Matrix trilogy also, so if that enlightens or inspires you, there you go. 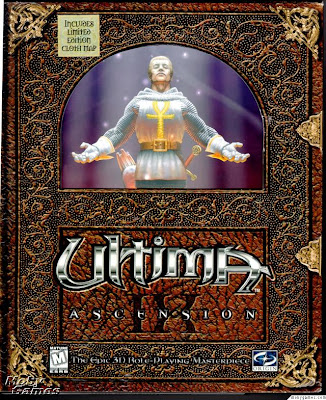 For the overall greatest impact and focus, I see each trilogy as a separate campaign:

1. Ultima: Against the Triad of Evil
2. Ultima: The Quest to Save Britannia
3. Ultima: Not sure what to call this one

I see the first one as a somewhat traditional fantasy campaign for Heroic and Paragon then exploding out into Planar/Planetary travel with some technological elements coming in at Epic level.

I see the second one as a semi-traditional fantasy campaign concentrating on the quest for Avatar statuis as the overarching theme while exploring Britannia and dealing with rulership, reblelion, and an invasion from somewhere else.

I see the third one as, well, there should probably be a thiord one but I didn't care all that much for U8 and U9 so I'm not going to do it. Maybe after becoming the avatar in the second campaign you convert the characters to Mutants and Masterminds and run it as a fantasy-themed Legion of Super Heroes or New Gods campaign against the Guardian/Darkseid for the third - it would probably be the most fun after two back-to-back 1-30 campaigns.

This started out as an idle thought but the longer I thought about it, the more interested I became, so I'll break down two separate campaign outlines in more detail later in the week.
Posted by Blacksteel at 12:00 PM