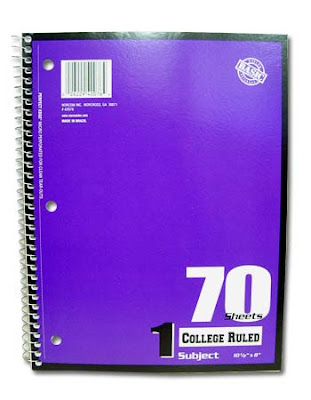 I really like the idea of campaign management software and online campaign manager sites like Obsidian Portal. I like running a game, I like techie stuff, I work on software projects largely in an online environment...but I just can't make them work.Not in the technical sense, but in the usage and maintenance sense. My campaign notes are usually written up in a long Word doc (or Google doc) that starts with a general description of the setting, shifts over to mechanical notes (no drow!), and then outlines various adventures and NPC's and locations that could crop up. My world notes tend to be scribbled in spiral notebooks and stuffed in a binder overflowing with play aids, printouts of things I think are cool and fit well, old notes written on loose pieces of paper, and spare character sheets. It's not disorganized - I can find things in a pretty short amount of time - but it's not an instant-access hyperlinked kind of environment and it's not accessible by my players, which is a shame. Especially since more of them are starting to bring various electronic devices to our sessions (from smartphones to tablets) and some kind of campaign guide with links to various things would help avoid some of the "who was that guy again?" type conversations when an old name comes up.

Now a part of me says that I've been doing it this way for 30 years and all of my players are sitting in the same room with me during a session so since it works don't worry.about it. They aren't complaining so this isn't coming from them, it's just me. It's also not as if I haven't changed up what I do over the years so I don't feel like I've stagnated or anything, I just see where there might be some advantages to using some of the new tools that are out there. I tried using something called Campaign Suite back during the 3E days but it was mainly a glorified database and still required me to type in a bunch of crap - I was already doing that with Word and I didn't see much advantage to using this new program as it still wasn't visible to players and it didn't do anything cool like link info to a map or anything. So I dropped it and kept on going. I don't think the program is even available anymore.

Obsidian Portal is a different animal. The whole point of it is online accessibility and I do like that idea. Plus its theoretically available anywhere so that even if you didn't have all of your campaign papers in hand, you could access your notes from anywhere that you can access the net, another plus. Now I tried to set up an OP site for my last D&D 3E campaign but the campaign fizzled out before I really got going with it. I have been threatening to do it with the current 4E Phlan campaign and one of the reasons I am posting this is that it has been on my mind lately. I have a fair amount of material about the city, the NPC's, and I do have session logs, so it's probably a worthwhile endeavor, but it's going to take some time. I think a lot of the users of these kinds of sites/apps/programs like them because they do at least some of their gaming online and it makes that easier. I do all of my gaming in person so that aspect really doesn't help me. I'm still leaning towards doing it, but I have some inertia to overcome to start it.

...and no, it doesn't mean my notebooks will be going away. Who knows if Obsidian Portal will even be around in 2020? I can tell you who was present, which characters they were playing, and how many rounds my PC's spent fighting the priests in the Fire Temple in Return to the Temple of Elemental Evil during a session from 2004. I like having that kind of stuff and plan to keep on keeping notes on paper and on my local hard drive regardless of what nifty new things appear in the "cloud". But it doesn't mean I cant try something new. More to come.
Posted by Blacksteel at 12:00 PM

I've tried Obsidian Portal to keep notes but went back to just loose-leaf paper and three ring binders. I'm always looking for better ways to organize my pages but always end up changing.

I've also started using a blog just for the campaign, PW'd for just players and me. I post rule updates and between game events as do some of the players. That's been a nice aid as well.

I've used a wiki before to keep campaign notes.

In fact, if I ever get up the motivation to run a West Marches-style multiple party campaign via ConstantCon I would probably employ a user-generated wiki for storing campaign notes, with a companion "DM"-wiki (secret) to use on the other side.

I use a wiki hosted on wikidot, as hypertexts are just so great to manage intricate plots. I trust my players so I just write "do not read" on the header of private pages, since there is no way I know of to hide DM only material.
I also tried to put a wikipad portable wiki on my dropbox so I can have the wiki available on my office pc, home pc and laptop, but since I am always connected I went with wikidot in the end.

Bliss - I think a blog site isn't a bad idea either

Tak - I think a West Marches type of open table campaign would be the perfect reason to use a wiki/Obsidian Portal type online management tool - maps, logs for different parties, rumors - all of that would work perfectly with an online tool.

Mick - I use google docs for my material with a similar goal in mind and I'm happy with it but I'll have to consider the wiki option.

wikidot is the service I've used as well, and it's been great--and as for secret stuff, I just make the pages member-level protected and it's worked well enough (admin only).

Since all my gaming is done on Google+ a Google+ community page makes the most sense for posting campaign info for all the players. For the GM, I agree, notepaper and three ring binders!