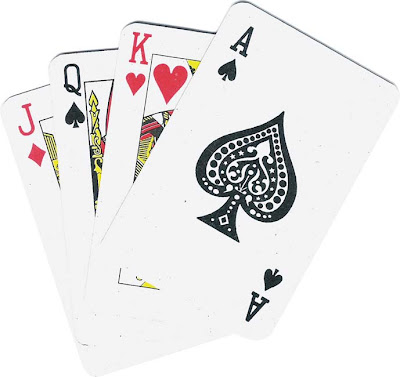 One of the things I look for when reading a game book is interesting parts I might want to use with another game. Now I admit that I do not find something I can actually use all that often, but when I find a particularly cool sub-system I still like to note it down. After all, just because I haven't found a use for it yet doesn't mean I won't find a place for it down the road.

Something that comes up in almost every RPG is NPC reactions to the player characters. Some games have systems to account for this , like most versions of D&D. Some largely leave it up to the DM but this can be tricky over the course of a long term campaign as the DM may fall into a rut, broadly categorizing huge groups of NPC's without a ton of thought. This is especially true in sandbox campaigns or city campaigns where large numbers of random strangers may interact with characters or bear witness to their actions where some kind of reaction is justified. When called upon to do this session after session it can be difficult to insert enough variety to keep things interesting.

One thing that can help add variety to NPC reactions is some kind of random reaction system. Now this does take some of the burden off of the DM but it doesn't always make sense, giving the DM another problem to solve in figuring out why this guy likes or doesn't like the party.   What if we skipped the surface step of "how does the NPC feel about the players" and get right to the heart of the matter and find out what matters to the NPC, which allows the DM the much simpler step of then using that motivation to determine how the NPC feels about the characters. That's the theory behind the NPC motivation system from T2K, and it's one I like a lot.

How does it work? Take a regular deck of cards. Draw two - the highest value card is the primary motivator for that NPC, and the lower value is the secondary motivation. The suit and the value tell you what the motivation is as in:

Clubs (Violence) - Club NPCs have a greater tendency to react with or use violence than others
2-4 = Somewhat Violent: Not intimidated or frightened by threats of violence and not afraid to use it when called for
5-7 = Moderately Violent: Aggressive and prefers to use violence as a solution
8-10 - Very Violent: Loves a good fight and wants to be a warrior or is a warrior
Jack = Murderous: The NPC has either committed a murder or is planning a murder. Not just killing someone but a deliberate and secret killing of someone for personal gain.
Queen = Stubborn: The NPC is set in their ways and resistant to change and persuasion by others
King = Brutal: The NPC is a sadistic brute who enjoys inflicting physical injury on others
Ace = War Leader: The NPC is an unusually good leader in combat situations. They have a grasp of tactics and stay cool under fire.

Diamonds (Greed) - Diamond NPC's want to be rich
2-4 Somewhat Greedy: Will sell items for cash/gold even if alone and in the wilderness
5-7 Moderately Greedy: A very hard bargainer, likely to be cash/gold only, and easy to bribe
8-10 Very Greedy: Always open to bribes (may even expect them), deals only in gold/cash, may plan treachery if he thinks the PC's have considerable wealth and thinks he could get his hands on it
Jack = Coward: will run from danger whenever possible, will cower and refuse to fight if he cannot run
Queen = Lustful: driven by lust, typically of the opposite sex, and may be all members or one member in particular
King = Selfish: Will never help without demanding (higher than usual) payment, will never give anything away for free,  and will jealously guard possessions
Ace = Generous: Will gladly give anything he has to someone in need, will make trades that do not favor him, and will refuse payment for help with many tasks

Hearts (Sociability) Influenced by their love of people, tends to be friendly, loyal, and just
2-4 Somewhat Sociable: Amiable, talkative, and cooperative with most people
5-7 Moderately Sociable: Strong sense of duty and loyalty to whatever group he joins
8-10 Very Sociable:  Strong commitment to justice and the welfare of everyone he meets and looks for the good qualities in anyone he meets
Jack = Wise: Always exhibits good judgement and offers sound advice
Queen = Loving: Loves someone so completely that they would sacrifice themselves for that person - could be a spouse, a parent, a child, or a friend
King = Honorable: Scrupulously honest in all dealings and his word of honor is an absolute bond. Will carry out an honor-bound task to the point of his own death. Contemptuous of liars and oath-breakers.
Ace = Just: Sees justice as the greatest virtue and the main consideration in determining a course of action - no respect for cheating and backs any attempt to right an injustice

Spades (Ambition) Seeks personal power and influence
2-4 Somewhat Ambitious: Inclined towards boastfulness and a desire to impress peers
5-7 Moderately Ambitious: The NPC looks for a position of responsibility in any organization they join
8-10 Very Ambitious: The NPC is driven by a desire to manipulate and control the people around them and to be in charge
Jack = Pompous: Arrogant and conceited, considers himself clearly superior to everyone around him
Queen = Ruthless: Lets nothing stand in the way of achieving goals and has total disregard for the needs of others
King = Deceitful: A liar and maybe a traitor if the opportunity presents itself
Ace = Charismatic: A leader who others are naturally drawn to and want to follow. Likely to have a large and extremely loyal following


There are almost zero mechanical bits in these descriptions in the T2K rulebooks. The idea is that some NPC's will be created in advance and will likely have motivations and goals already determined by the DM, but random encounters and background NPC's that are suddenly brought to the fore mean the DM needs an easy system to determine what drives them and in turn how they would react to the PC"s. I think this system serves that purpose quite well. It's also mentioned that for groups it's best to determine the motivations of the leader or leaders only and not worry about the grunts, a good piece of advice. Some of these motivations may seem contradictory but resolving that contradiction can lead to some very interesting characters. Say you draw "Brutal" and "Wise" - to me that screams "Barbarian Chieftain" or maybe Tribal Champion who advises the chieftain. Or maybe a smart crime boss with a really short fuse.

It would be simple enough to assign mechanical bits to each of these results to more closely tie them to the particular system you run. For something like 3rd or 4th edition D&D it could be as simple as some +2's or +5's to certain skill checks like intimidation or diplomacy or even a bonus to Will defense vs' certain attacks. That's the kind of thing I would likely decide on the fly rather than tie it into the table, but that's something each DM could determine themselves. It might also be useful for setting the difficulty level for some PC skill checks - "Stubborn" would be tough vs. diplomacy, "Violent" would be resistant to Intimidate, etc.

How else is it useful? Well if the local crime lord is Violent and Greedy that's something the PC's can find out with a little legwork or some streetwise rolls and from that they might determine that trying to threaten him is pointless but offering him 25% of their take might enlist his aid. If someone is Pompous but Loving then maybe a hostage situation is the key to gaining their aid or obedience. This kind of thing is incredibly helpful if you're trying to run a game where violence is not the only answer. Now I'm a big fan of games where the main goal is to break things and hurt people but some games are not all about that. Even games where it can be, like say Shadowrun, can benefit hugely from putting this kind of info into the game as it opens up those other channels besides gunplay.  If the local Yakuza Boss is Honorable and Greedy well then we have at least two obvious approaches here once we find that out. Most of these motivations should be pretty obvious to those around the NPC and thus detectable by the PC's with some effort - money, carousing, streetwise skill, whatever your game provides.


I've used this system in several campaigns over the years - T2K of course, Mechwarrior, and Rifts.  It is especially helpful if you're a DM who is used to running games with a ton of races where attitude tends to be expressed on a racial level - Dwarves dislike Elves, Klingons hate Humans - because it can be tough to make NPC's distinct when everyone is human. This system can help enforce some differentiation among groups in your campaign. Also, if you keep drawn cards out during a session, you reduce the likelihood of duplicate results which helps ensure some variability in the motivations. That's not always an issue - I remember when I drew two war leaders in one session and they ended up being leaders of rival gangs in an area - but if it matters to you it's one more way to handle it that's better than a table roll.

I could also see using it to liven up those Fantasy and Sci-Fi games where cultures tend to be monolithic. I've not used it with D&D but after reviewing it again I just may try it as it does have a pretty nice range of attitudes and using two cards gives a more complex personality than many "roll on this table" approaches to the problem. Maybe THIS Klingon is Ambitious but Generous. Maybe this Elf Merchant is Violent and Lustful. Maybe this Demon Prince is Pompous but Wise and can actually tell the PC's something useful about their quest. Part of it is painting a picture of the world, part of it is coming up with interesting characters, and part of it is shaking up expectations. I can also see that if you do not like the broad range applying to all races, maybe you limit it for some, as in "When drawing motivation for demons, ignore all Hearts". This would limit some of the stranger options but would still leave a lot of variability among personality types. If my D&D players end up going Against the Giants I would probably use the full range as I see giants as having a broad culture, but supernatural things like demons or undead might benefit from some trimming.

Anyway, that's my nugget for the day - an old system many may not have played and probably would not think to search for handy role-playing material has an easily-adapted system that's useful no matter what kind of campaign you're running. I could see it being used in everything from Supers to Vampire to Fantasy Game X. Think about it and see if might add something to your game.
Posted by Blacksteel at 12:29 PM