House Rules for the Dragonport Campaign 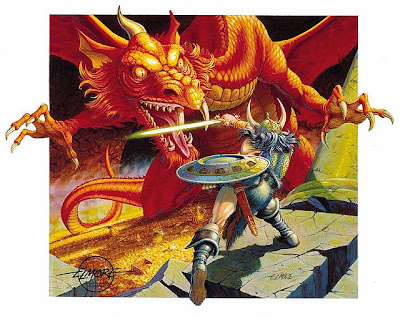 I haven't posted much about the Basic D&D campaign lately but I have been working on a map using Hexographer and considering some house rules for the game. The map will come later but here are the rules as they stand several months into the campaign.

First the old ones:
Original discussion of these is here.

New ideas that I am looking to implement:

Style Options
Shields shall be splintered
I'm still debating whether to restrict these options to certain classes or even whether to go with the full weapon mastery rules from the D&D Cyclopedia. For now I like these simpler options better.

For all characters:
This is my attempt to mitigate the nastiness of some of these effects as right now they are devastating to a party. I know it used to be that way but most people I knew hated them back then too, and now I'm in a position to do something about it.

They are bad mainly because there's nothing the player can do to stop them - you can play a dwarf in plate with a shield and carrying a potion of neutralize poison, but if the spider hits and you roll a 3 to save, you're dead, despite taking all the sensible precautions that you could. If someone gets to you and administers the potion then you may come out alright but that's a big if, and if you don't have such a potion you're just screwed. I've considered making it a form of ongoing damage to give a character time to drink his own potion instead of making them dependent on another character but I'm stopping short for now.

One thing I am very much against when house-ruling old school D&D is complicating the game, I'm working on a separate post about why someone would play Basic D&D nowadays  and one of the reasons is the simplicity. Most of my house rules do not require any additional die rolls or make one divergent mechanic work just like another one in an attempt to keep things as simple as the rest of Basic D&D.

Thinking through all of these house rules also got me started thinking about a more drastic option too, but that's another topic for yet another post.

These all seem most workable and the sort of thing I would add to a Basic/Labyrinth Lord game.