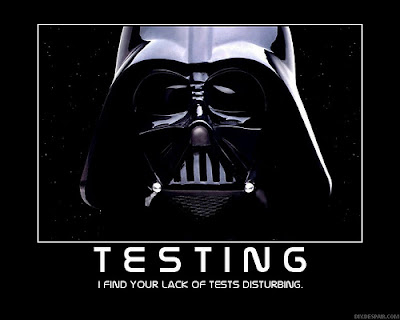 Normally I'm not a big house rule guy. I'm especially against house rules when I haven't ever run the game system before. When people start trying to add new rules(or remove them)  I ask "What problem are you trying to solve?"

My approach is to play it as-written first, then if we discover a problem we can look at making a change. Most of the time I've found that what we thought was a problem with the rules turns out to be a wrong interpretation, not a bad rule. We recently discovered an example of this when debating a house rule about Paladin marks for an upcoming 4E game . I'll skip over the details but marking is important for a defender class in 4E and as we dug into it during our email debate we discovered that rather than the Paladin's mark being too weak, we had been letting the Fighter do some things with his mark that he shouldn't have been able to do. So it wasn't a rules problem, it was an understanding and implementation problem - the rules were fine. The fact that the DM-to-be was playing the fighter in my regular game and thereby ended up effectively nerfing himself by raising the discussion just made it funny.

So here's how I am handling the things I run semi-regularly right now:
I'm seriously thinking about making one major change. As-written, characters get a wide open choice of any feat at every 3rd level and a class-limited feat at every even level. That means that over the course of 20-level career a character will pick up around 20 Feats when you add in the starting bonus feats for each class, maybe more if they go with a Prestige Class or two. I'm OK with this part. However, the system also adds a Talent at each odd-numbered level (Which are also limited by class) and that is where a lot of what used to be class-specific abilities are found, as well as being similar to the Powers of 4th Edition D&D. This progression means that during a 20-level career a character will only get 10 Talents, and there are well over 1000 in the game, spread across several books.  I don't like this part.

Talents are where a lot of the "cool" of the game comes in and I would really like to give the players access to more of them. Each class has (in the basic book alone) about 4 talent trees to pick from, each with 3-6 talents. There are sometimes prerequisites within a tree and there are more talents (and more trees)  added in the various add-on books. By the Book, a level 20 character would be able to take the entirety of only 2 trees. That just seems weak for a Vader-level character.

There's also the diversity factor in that some of them affect Ship abilities, some are more useful for personal combat, some only apply to vehicles, and most are fairly limited in scope. I don't see having more of them as a big increase in power, but I do see it as a major increase in versatility.

The additional consideration is that I'm only going to have 3 PC's starting out, so even if they do have a power increase from this change it's not necessarily a thumbs-down anyway.

So here I am preaching "Don't be hasty" about making changes to a system, particularly one we haven't played, yet I'm about to do exactly that. Ah inconsistency - I hope it goes down smooth.


Footnote: Things I have houseruled before

Hmmm, I see a trend there. Probably a good topic for another post.
Posted by Blacksteel at 11:00 AM

I'm trying to imagine running a game system without houseruling something.

Just teasin'. While I do love to kitbash and houserule things quite a bit, I run most of my games largely as is with a few exceptions.

For example, I'm well know for omitting things. Most games have too many damn rules for every little fiddlely bit thing that the players don't care about and that usually slow down the game.

I tend to get rid of that stuff early on.