Something New for Monday: The End of the Wrath of the Righteous Campaign 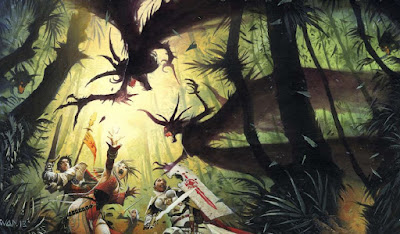 So Saturday was supposed to be the 2017 kickoff and re-launch of the Pathfinder campaign, Wrath of the Righteous. I was thinking this new once-a-month plan would help keep things on track. I've spent the last week reviewing my notes and re-reading the remaining books in the adventure path. By Friday I was ... not excited about starting things back up. I thought about it a lot. Saturday morning I was trying to make some notes to prepare for that night's session and ... I just couldn't. I am burned out on the whole thing. After spending a lot of time Saturday morning pondering this state of affairs I can break it down to roughly 5 things:


Now there are some very cool things in this AP, which is why I wanted to run it in the first place. You will rescue helpless civilians, liberate a city, forge a bastion of good in a hostile land, journey to the Abyss, have the opportunity to slay multiple dragons, major demons, and demon lords, and pretty much ascend to demi-godhood yourselves along the way!

The problem is that is just so much work to get there! 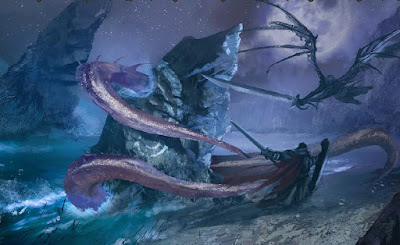 So I decided to tell my players after they arrived. I had no particular game I wanted to play, I just knew I did not want to keep playing this one. So after we all gathered around the table I talked through a lot of the points above.

They didn't scorch me. They completely understood. I admit it's a little weird to be burned out on a game you only ran 5 times last year but that's the best way to describe it. I haven;t deliberately ended

I've talked about zero-prep campaigns here a fair amount and they do have some good points. Without Combat Manager I wouldn't have gotten as far as I did. Even with it though there's still a lot of overhead during the game. Honestly, I was spoiled by 4E's monster statblocks and how easy they were to run. I also think if you want to run demigod level characters that's a much better system for it than Pathfinder. I have evolved my thinking on this whole concept a bit:
If nothing else this has helped me figure out the limits of my tolerance for longer packaged campaigns and what I do and don't like about them and that's good to know. Part of why I run games is to exercise my own creative impulses and having everything done for me removes that part of the fun. Taking one of the old AD&D adventures and fitting it into a new setting can be a creative challenge and a lot of fun, plus it's still my framework. This AP got to where it felt like I was running someone else's script and not doing a lot of the things I enjoy. So we're going to fix that - with a new game. 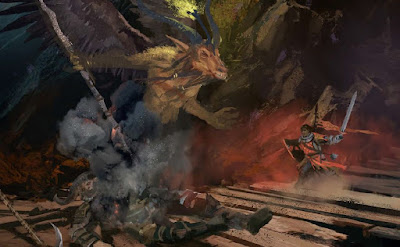 DM Notes:
If I was revamping the whole thing ...
The concept is cool and there are a lot of memorable parts, but the way it is stitched together is just not working for me any more.

Posted by Blacksteel at 6:11 PM

I've only played through one Adventure Path, Kingmaker, but your last point reminded me about it. You chart and then build a small kingdom in the first two books, then leave it unattended for no good reason in the third. And the presentation order of some rules (particularly, army building) and the key NPCs of the campaign was weird. I thought an AP's structure would be planned up from the start, but maybe it is not the case.

We faced a similar problem with Carrion Crown; the campaign guide encouraged us to create good-leaning undead hunters so that's what we did, then we hit a chapter in which a bunch of vampires are being hunted by a serial killer and we're supposed to help them catch the killer.

I admire Paizo's productivity and I think it's brilliant how the company supports its game with regular adventure material, but the quality control is a bit wobbly.

I still think it's a great concept but part of the failings are on them and part of them are on us.

On Paizo's side there are some holes and conflicting situations that will only be discovered by playing through the whole thing and I have to wonder how many different groups play through the entire set prior to release. It's not just "is this mechanically correct" but conceptually, does this whole thing make sense? Does NPC A drop out and NPC B drop in because that's what makes sense for them or just because we changed authors? Things like that could be a lot tighter I think after playing through a few and reading some others with that experience.

For us - and I'm talking about my own group here - I'm not sure something this long can really keep our interest when it's spread out over multiple years. I ran 30 sessions of one of my 4E campaigns in less than 18 months. If I could still run on that kind of schedule to where it might only take 2 years (or less!) to complete one I'd be more optimistic about it. For now though I don't think any of us want to be tied to a single heavily-plotted campaign for that long, including me as the DM!

Yeah, with the chapters coming out once a month, there's not a lot of time for detailed planning and playtesting, and the subscription model means that Paizo can't take a couple of months off to polish things. It's a victim of its own success, I think.