Lots of miniatures action here this week and some of it was even 40K. 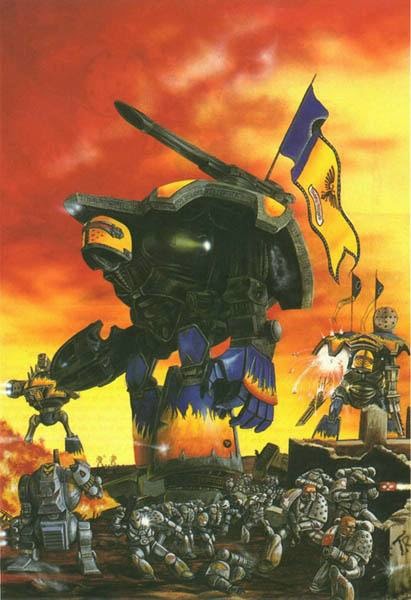 Last weekend was all about Epic but the Apprentices did work in a 40K game of their own on Monday-Tuesday (remember summer vacation?), Space Wolves vs. Orks. I didn't get any pictures but Blaster got to dust off his Wolves and Red got to try out his new Nob Bikers to good effect. Not quite good enough as the Wolves won, but it was close and they both had a lot of fun.

The Epic fight had a secondary effect of driving me to drag out all of my Epic stuff, much of which is surprisingly well organized even after sitting on the shelf for 15 years and being moved a few times in there as well. The one big "dumping ground" box had quite a bit of stuff in it.

Clearly I need to work on some titans. It's amazing how much stuff you can pick up when you're playing a game (with a lot of parts) on a weekly basis. I never thought of Epic as taking much of my gaming budget, but give it 8-10 years and the gear piles up.

For normal-sized 40K it's been a couple of weeks of getting the Chaos Marine force finished up. Well, part of it at least. Here's a look at the bases I am going with for my Nurgle marine force. It's embroidery mesh sprayed silver then liberally smeared with Nuln Oil and my old Chestnut Ink to give it a battered and corroded look. The idea is "deckplates in a space hulk" and I'm fairly happy with the result. I will probably add a few more details to future versions - maybe some wiring/cabling or a pool of oil or slime. I will also say that if you're doing a space-force that's not supposed to look all gribbly like this, the basic silver grid on a black base looks pretty slick too. 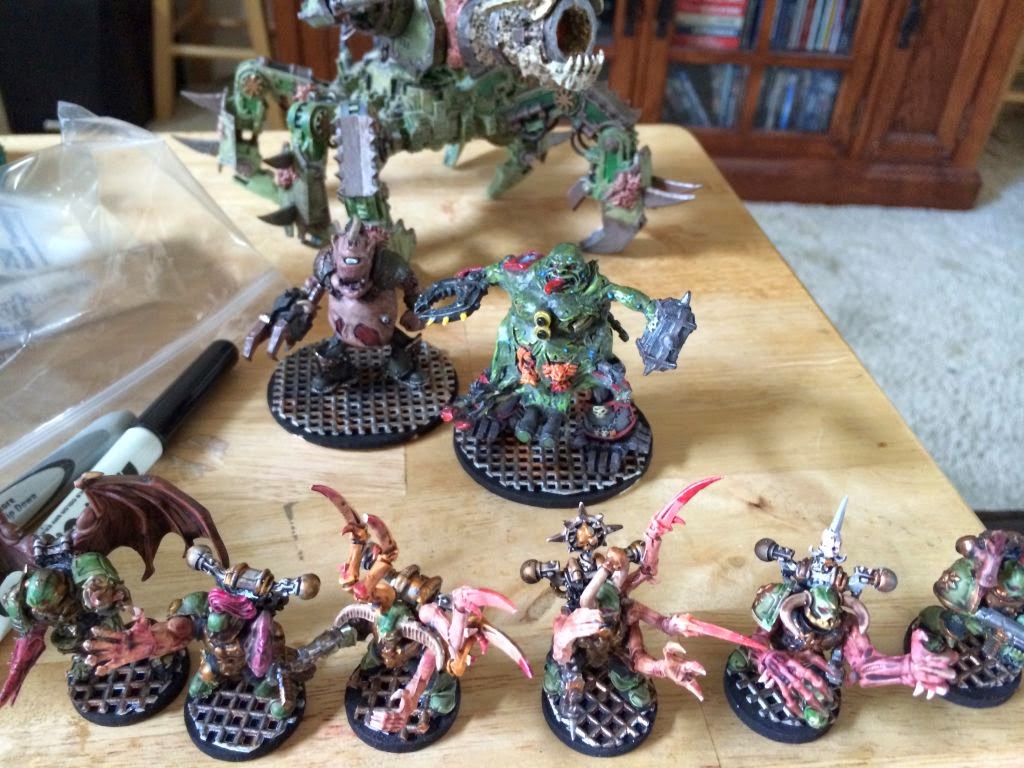 Here's the first batch, finished and complete. I actually have 12 possessed done and based now, plus the daemon prince and the helbrute. The unusual bases do really reinforce the idea that this is a unified force. A unit of chaos spawn converted over from some old Dreamblade miniatures is probably next on the list. The plague marines, havocs, terminators, and bikers are all somewhere behind that. Work is extra busy right now, and the rediscovery of Epic didn't help with getting this done either, but it's good progress regardless.  This weekend I will probably take on Blaster for the first time in 7th and these guys will be part of the army hitting the table - I'm sure the new bases will enhance my chances of victory.
Posted by Blacksteel at 4:00 PM

Oh my, look at all the titans.

Yeah, I feel bad leaving them laying around like that. I have quite a few painted already but it just seems wrong to leave them there.