Two new worthy ones this week: 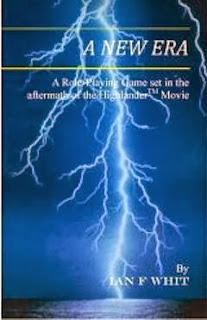 "First of all, please note that this is a game for relatively mature and experienced players looking for more of a role-play than roll-play experience."

I have tried not to infringe any copyright. This is a game set in an existing setting created by someone else. I loved the first film and most of the others – and the TV series – so I thank the creators for providing this world for us to imagine our involvement within it. All I’ve done is create an RPG framework to make that possible.

Where to start with this? I get it, people like Highlander. Heck, I liked the first one too. I suppose "Immortals" has finally drained out of the bargain bins across the country. I never really thought this was a different enough universe to warrant its own RPG - just play an immortal guy in some other game, like Champions. I made one for City of Heroes, gave him regeneration, a sword, long hair, and a kilt and called him "Eternal Scotsman" - this isn't hard.

Also, I thought the whole climax of the first movie was between the last two immortals? One lived and one died and SPOILER ALERT FOR A MOVIE FROM 1986 LOOK AWAY NOW: and the survivor was rewarded with mortality. That doesn't seem to leave much for a game specifically set in the world after this confrontation. From the preview:


These rules advocated personal growth by slaying others of their kind for their Life Force power which ultimately pointed to a future time and place where the final few would fight to the death to gain some powerful benefit. As it transpired, this meeting in New York in the 1980s is now widely believed to have been an elaborate scam of some kind dreamed up by an unknown agent for an unknown reason.

Somebody is scamming immortals now? That's it? That note above about loving the first film ... while I assume the other movies and the TV series spelled out something about this it seems odd to me to choose to set a game so that it deliberately invalidates the climax of the main story people know about this universe.

It's 18 pages and uses its own system and oh hey - that comment about not infringing copyright? Probably less of an issue if you weren't selling it! It's only a $1.99 but still - there's a difference.


Moving on we have this: 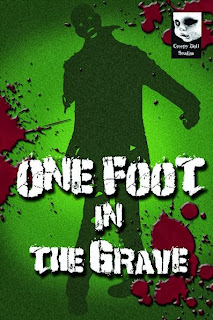 More:
Grab your Walker and Compression Socks! The Zombie Apocalypse has started...in your Assisted Living Facility! And you're locked in with them!

Alright this might be fun for a con game. It's 50 pages long, it's $5, and it too uses its own system. Hopefully a very_simple_system.

Wasn't this a GURPS supplement? Maybe not. It's probably the closest we will get to Bubba Ho-Tep the RPG so there you go. Kind of the  opposite of New Era in some ways too.

Anyway there are two new ones that caught my eye this week.