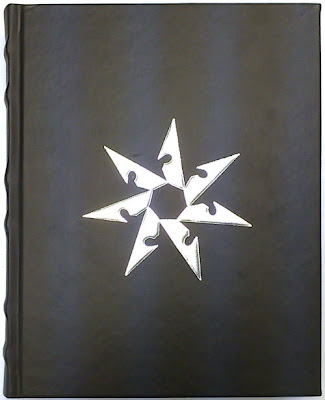 Since we're exploring the low levels of Pathfinder I started reading through some of the adventure paths that have been published and I have three main thoughts:


That's the initial take anyway. I've read the initial adventure of several paths now and between the backstory and the plots - some of which make supervillain plots to take over the world look concise - there's a lot to read through and I don't know how much of it is going to come out at the game table. I do like a lot of them though so they will probably make an appearance at the table down the road.
Posted by Blacksteel at 12:00 PM

On that last element, I'm a comic book fan at heart and yes, I do like there to be some reason a villain is a villain. It need not be a long backstory and it need not be every villain but the leader/both could use a bit of pathos to make them different from the last guy you fought and the guy before that.

That said, the over-indulgent backstory is the bane of my existance with players and back designers alike. Come up with a paragraph or two, some notes and such and we'll see where it goes from there. If you live, we get to learn more about you.

It's funny but I never really saw those old 16 page modules as interesting adventures. Most of them were adventures but I always added a story customed to my group to make them feel interesting.

Like you say, I think a paragraph or two of off-screen backstory is plenty. I'd rather _see_ why a villain is a Big Deal than read a half-page about it in the DM's notes. In most good movies/comics/books there's more showing than telling and when it comes to Badness Justification and the ratio seems off here.

The old modules generally showcased one good concept - the hill giants' fortress or the funhouse dungeon of White Plume Mountain - and left the connections up to the DM and the players. These leave very little to the DM and players, and I suppose that's part of what you're paying for. I don't put all of the old AD&D stuff on a pedestal but I think there's some worth to the idea that less is more and not every possible loose end or angle has to be explored in print - it's OK to leave some hooks dangling.

This time I don't agree at all. We need to know all the detailed backstory because the players are supposed to interrogate citizens, investigate what happened before, maybe even start putting pieces together before they face the demon-girl. Having that backstory allows the DM (opps, GM) to reverse engineer the story and come up with stories for all the citizens. The baker's wife might have been jealous of the girl etc. etc. 1st level adventures like this are supposed to be part-investigation, and you can't really investigate in the past of a village without a solid backstory. Go figure, I even found it too little detailed!