The Apprentices and Pathfinder - After Action Report 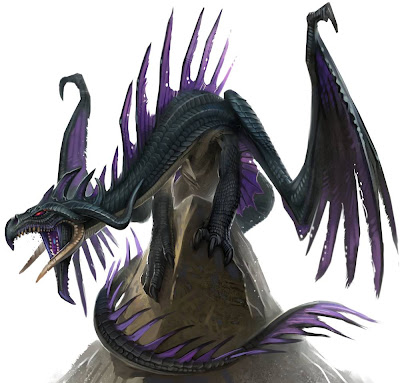 So Thursday night we broke out the box and gave Pathfinder a whirl. It went pretty well. We used the pregenerated characters and I skimmed the included adventure while they looked over their character sheets. The presentation is very colorful and the room descriptions look a bit like a 4th Edition encounter page. Apprentice Red took the wizard, Blaster took the fighter, and Who took the rogue. No one took the cleric and I was worried about that but I decided to see how it played out.

The first encounter is with some very weak opponents in the form of two drunk goblins. Once the boys realized that it worked pretty much the same as 4th Edition when it came to the whole d20 thing then they relaxed a bit and started acting like old hands.

More goblins were encountered and dispatched and Red got to learn how wizard spells work - "it lists my damage but not my hit bonus" - so we got to cover the whole auto-hit/save mechanic that most older editions of D&D use. Of course one of his main abilities is magic missile which is just plain old auto-hit anyway. He figured out the staff-throwing thing too - wizards in pathfinder have an ability to throw their staff at an enemy and have it return, which seems more like a Jedi thing to me but it's cooler than non-stop dagger-tossing - even Red commented "oh it's like a saber-throw from Saga" as that is one of Blaster's Jedi's signature moves.

Blaster had fun smacking down enemies with his sword & board fighter, though for some reason the default setup on that character is to go two-handed with a longsword for an extra point of damage. This comes at the cost of two points of armor class, and he quickly rectified that mistake. There wasn't a lot to figure out after that and he was perfectly happy hitting for damage each round, especially after picking up a magic sword.

Who figured out the d20+something mechanic easily enough though he had a harder time referring to the character sheet. It wasn't bad it's just busier than ICONS which is where he has spent most of his time until now. He was actually interested in talking to the goblins at one point but the older two boys overruled him (they do that a lot) and charged in with swords and magic missiles. He had a good time but he has a shorter attention span than the other two and was ready to do something else after about two hours, but we talked him into sticking around for the finale. 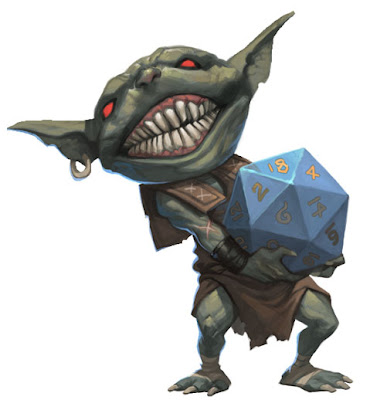 One funny thing: There is a magic fountain in the dungeon. They encountered it, they detected the magic, they deciphered the runes and figured out they could toss a coin in for a blessing but they never drank from it! I didn't want to just flat-out tell them that's how it works and for whatever reason they just never made that connection. I've never had that happen before.

They did get to the big finale and they were properly equipped. The fighter landed a solid hit and the wizard helped but then the fighter went down - the enemy is pretty nasty for a 1st level dungeon - but the invisible rogue picked up his sword and went after the thing in his stead. He had a perfect chance for a sneak attack with a bane weapon while invisible which would end up granting all kinds of bonuses to hit and damage - and he rolled a 1. There's not much I can do with that, and a chorus of "NO!"s went up around the table. He recovered nicely though with some normal hits although for some reason the wizard was not interested in closing in to give him a flank bonus - "But it's a +2! Yeah, for one round!" Between this and the wizard blasting away they had it down to around 15 hit points when it decided to retreat and the rogue and wizard were still shooting at it as it escaped.

Bad stuff: The wizard dropped 3 times during the adventure, the fighter once, and the rogue never did. The 1st level wizard is still pretty fragile, even in Pathfinder. The fighter only dropped at the end in the big fight which is likely to happen when you don't have a cleric along so I didn't see this as a big problem. These mechanics really do assume significant healing magic in the party so without a cleric they were operating at a pretty big disadvantage. There's a wand of cure light wounds at one point in the adventure and I changed it to healing potions to help make up for this and it was a good thing I did. Also: Critical Hits - the boys were very frustrated by the whole "confirming a crit" thing after 4E's instant gratification. This was largely because they kept rolling low and not confirming them. Once they finally saw a double-damage crit in action they got a lot more comfortable with the concept.

Good stuff: We played through 10 rooms which included 6 combat encounters and three interesting object/trap situations and enough XP to get them past the halfway point to 2nd level all in about 3 hours. That's a tremendous pace and much faster than our typical 4E encounters. Now it was only 3 PC's and small groups of enemies but there are some tough fights in there and they still went pretty quickly. One fight went 8 rounds, the others were 5 or less so they were pretty typical. I was looking for "faster" and we seem to have found that. 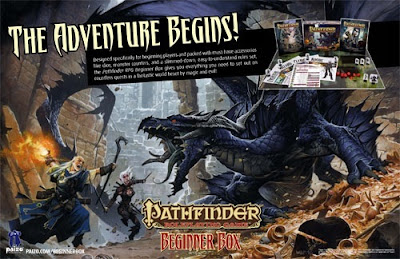 So I am happy with out first taste of the game. The basic mechanic is the same as 4th so everyone understood it. Knowing that they did all that with pre-gens while down one character from the standard makes me think it should work very well when we get a chance to add a cleric to the group. I set up the character builder on their computers so they can monkey around with the rules a bit and make a character that is more their own.

They're all gone next week but once they return I expect we will take the now-customized characters through a follow-up adventure or two (there are some handy downloads on the Paizo site) and then start our Pirate campaign with a new batch of characters.
Posted by Blacksteel at 12:00 PM

This. Is. Awesome. Great to see that the Boxed Set worked. I'll need to break it out for my kids; I started them with the 3.5 Boxed Set...this sounds like it'll be right up their alley.

I really like the Pathfinder Beginner Box. If you're interested, Lone Wolf put out a free version of their Hero Lab software that syncs up with the Beginner Box 100%. It's got all the monsters and PC options available in the set and it's fully enabled.

Yep, the Beginner Box Hero Lab is what I put on their laptops.

The box is a good thing and with the supplemental material on the Paizo site - a Player add-on (Barbarian!, a DM add-on (more adventure!) and some extra short adventures - and the Hero Lab builder, you have a complete 5-level RPG with quite a few options and the capability of making more of your own adventures. It's a pretty solid deal.