A Few Thoughts on The Coming Thing

I've read it all once now, though I have not run it. I ran the kickoff for the next chapter in our 4E game on Friday night so the current version was quit fresh in my mind as I read through the Next version. 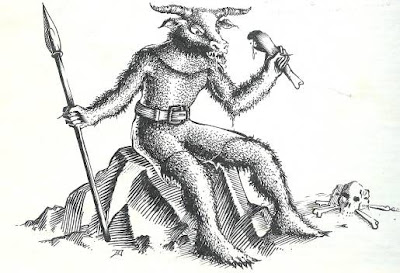 Beyond this the monster damage looks kind of low. Again we will have to check it but the big nasties look like they don't do much per attack. Maybe multiple attacks (claw/claw/bite makes a return here) will make up for it. They do have standard spells listed, which means we will be doing some lookup in play, not something I'm excited about after being spoiled by 4E's incredibly useable statblocks.

Here's a link to an article by Mike Mearls that discusses some of the design decisions thus far.

Overall there is less "system" here  than we've seen maybe since the days of BECMI. One example: there are no saving throw tables or scores or defenses - you just make a "Dex save" or a Con save or an Int save which is d20 + stat modifier - no level-based element at all. level does not appear to do anything mechanically in this draft but add more hit points and another option of some kind - there's no to-hit increase or defensive increase or skill increase as far as I can tell. That's going to be a little weird since it was a big deal in 3E and is a huge deal in 4E. Mike Mearls said they wanted to keep the number escalation down but wow - they are certainly doing that in this version.

It's also clearly a very different game than the last two editions. It's almost as if you took the mechanical refinements of 3rd Edition and some of the concepts of 4th Edition and then applied them (like a monster template) to Moldvay Basic. The 3E goal of a universe made up of common building blocks ala Hero System is clearly gone, as is the 4E goal of BALANCE DARNIT. Even at this point I can see it making conversions of older material really easy, but is that really that important? It's almost a rules-light version of D&D and considering from AD&D onward it really has been the opposite of "light" anything I'm not sure how to take it. One comment I've seen on multiple old-school blogs is how old rules used to give you a complete game in one 64 page rulebook. Well, Rules+DM Advice+monsters for this package is 74 pages. I think this version of the game could easily be presented in one big rulebook with rules, monsters, spells, and items rather that the traditional three. There's another thing to watch. 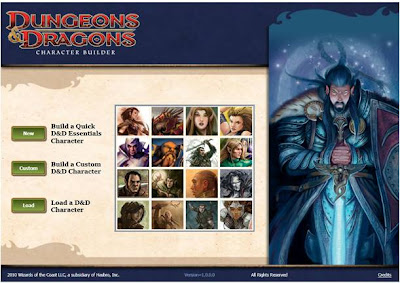 I also have some business model questions. While we were looking at the Next character sheets before our run Friday night one of my players mentioned that it would be nice to have a version of the game that didn't rely so much on a computer program to build characters*. The problem is that WOTC has a revenue stream right now from DDI and one of the big draws for that is the character builder. Have you ever heard of a company voluntarily giving up an existing source of income without a court order? I don't see that happening here. I expect there will be a builder, and probably an online tabletop too, but how do you make it as integral to the game as the 4E tools became? I'm not sure, and maybe they have another angle I can't see, but it's an interesting question. Also, will they be bringing back PDF's of their old material as part of that "reuniting the editions" thing? Also maybe as part of that "online revenue stream thing?

*Now we have all played Champions and Fantasy Hero without relying on computer assistance so I am confident that we could play 4E without it too. BUT, the 4E applications make it so so easy and print out such a pretty and functional character sheet that no one wants to go without them.
Posted by Blacksteel at 12:00 PM