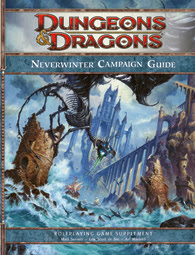 I picked up the Neverwinter Campaign Setting from WOTC this week.I already knew a little about it but after glancing through it and reading the intro pages, I think it's kind of funny and kind of cool what they are doing with this. First off, I'm also amused at some remarkable parallels:

- Ruined City in the northern part of the Realms? Check.

- Citizens trying to rebuild and drawing in adventurerers to help? Check

- Factions within the city and the ruins? Check

Sounds pretty familiar to me. Anyway, it goes farther than that. here's the back cover blurb for Neverwinter: 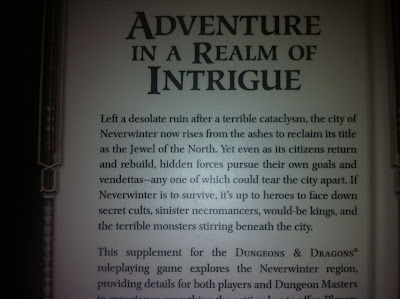 And here it is for "Ruins of Adventure" 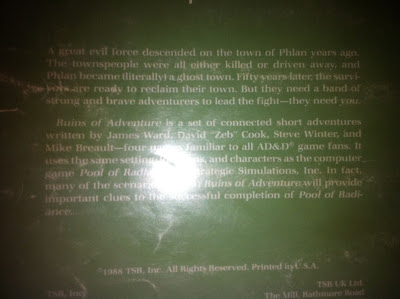 Also note that there are associated computer games: 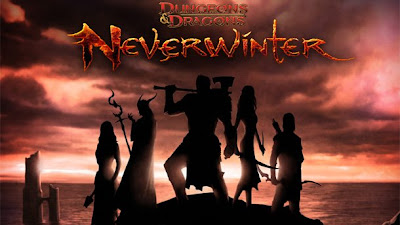 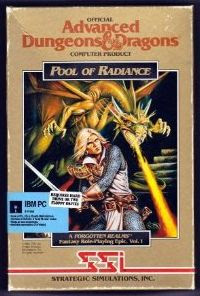 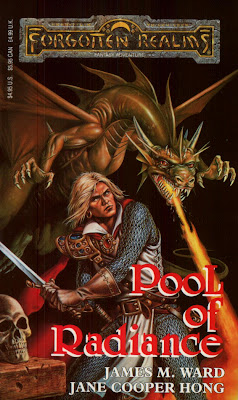 It's just interesting to me that 22 years after a somewhat fondly remembered project, we are seeing the same thing again. Assuming it was susccessful the first time, it makes me wonder why we haven't seen something like this before now? There was an effort like this with the Pool of Radiance/Ruins of Myth Drannor adventure and computer game and novel back in 2001 but the computer game tanked so hard (nasty bugs at release) that I don't ever remember hearing much about the tabletop adventure or the novel. I suppose that should count, but if that is the most recent example I might wonder why they are trying again because I do not think that project represents "success". Perhaps someone that remembers the old Pool of Radiance but was not at WOTC for the other one pushed for this approach.I think it's kind of cool so I'm interested in seeing how it goes. Does it increase sales of one componenet or all components? Does it make marketing easier? Does the "bigger" project mean more attention is paid to quality? I can only hope it does.

In that 2001 POR the computer game was devastatingly bad, the novel looks to have been at least passable, and I know nothing about the adventure.

For 2011 Neverwinter I can say that the adventure looks pretty good, the novel is by Salvatore and so should be at least an OK D&D novel, and I know nothing about the computer game yet though I am interested in giving it a try.

My intention is to use this as the new campaign for the Apprentices. I was all fired up to run them through TOEE but I'm not sure I have the bandwidth to run my from-scratch Friday night game, some intermittent from-scratch ICONS, and still do a decent conversion of TOEE for the boys. It's easier in many ways to run multiple campaigns if one of them is coming from a pre-made adventure that requires a lot less prep time and that's what I am going to try. Plus I want to see what the current 4E team can do after 3 years of tweaking and honing the system from balancing numbers to how stat blocks are presented. I'm not discarding TOEE - I already worked up a pretty good set of notes converting the village and the moathouse to 4E and I will continue to work on it from time to time. When I see a chance to run it I will - just not this time.

Soon enough, probably in September, the aspiring heroes will set out for Neverwinter and I will be recounting their adventures here - so stay tuned!
Posted by Blacksteel at 12:00 PM