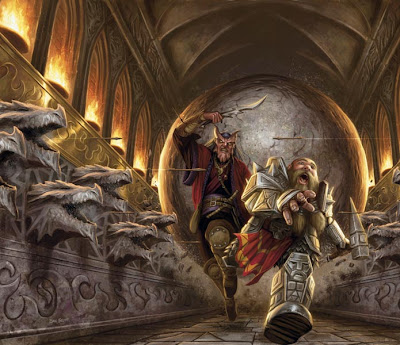 It's something that afflicts many of us even after decades away from the core of the game it represents. Even after disastrous episodes with near-megadungeons in 3rd edition it still calls. It causes us to go search through the garage and dig out that Undermountain boxed set, that copy of Greyhawk Ruins, those scattered handwritten pieces of graph paper and think about those campaigns that never quite got off of the ground, and wonder...

So I've decided to start writing it down. Ideas for monster and levels and parts of levels have started to appear in my brain lately and I need to put them somewhere else. Some of the notes will show up on the blog - when I feel like I have something worth sharing anyway. Some points:

Why not run one I already own? Greyhawk Ruins is 26 linked levels of dungeon that I never got to actually run and I probably still have my notes on it in a binder somewhere. . It's even written for 2E, still old-school enough to run quickly and feel different from 4E. I still might do this, just to have a drop-in option with the Apprentices' tricky schedules.

But...I have found recently that developing your own area of play means that you don't have to worry about contradicting stuff someone else wrote, or forgetting about the secret door that links Level X to Secret Level Y, or just keeping up with the details that someone else wrote.I ran into this a lot running Tomb of Abysthor and Return to the Temple of Elemental Evil where a lot of the details were hard to spot and tricky to keep in mind in the heat of play. Undermountain has the same problem in that it has a ton of mapping done, but only part of the levels are detailed, so I'd be going in and filling out someone else's map - in some ways the worst of both worlds. For myself, stuff that I write makes sense to me and means I'm not going to lose track of it during the game, so I'd like to write it myself.

Plus there is the challenge factor - it's something I haven't done before, so let's try it.

There is also the ownership factor - if I write it from scratch it's mine, no one else/s - no apologies, no remorse.

Now what system would I use? Clearly some version of D&D is called for, though I might be able to scratch my Greek itch by using Mazes and Minotaurs instead. Seems kind of silly though to finally sit down and do a megadungeon after all these years and make it for a different game system. Maybe if I used Mazes & Minotaurs creatures but used the Undermountain maps...

Anyway, system: Probably not 4th edition as combat is too complex to really get the old-school MD feel. Basic D&D/Labyrinth Lord is a little simple and I already have a game of that going anyway. I could do 1st Edition but I was kind of wanting to run them through Temple of Elemental Evil then Against the Giants then the Drow adventures if we sat down to do that. Heck, 2nd edition may win out here after all.

And yes, the Apprentices (and Lady Blacksteel) have been fully outfitted with a copy of Basic D&D (Moldvay), 1st edition PHB (Wizard cover because that's what I found for sale), 2nd edition PHB (rider cover because that's what I found), 3rd edition PHB, and 4th edition PHB so that they are prepared for any game of D&D they happen to run across. They also have d6 Star Wars books (Second Edition), despite my mixed results with the system. The extra copies of Fasa Star Trek and Champions await in the garage.

So we have version options. To fuel the proper MD exploration and motivations I think it requires early editions' usage of gold for XP, so that's in regardless.

What campaign world? Does it matter? There's the Town, some Wilderness, and the Dungeon - we're not going on a world tour here. I suppose it affects the gods and maybe some races but it's not a real big part of this kind of campaign for me - it's very much a "local" story.

Hmmmm, maybe I mix in my West Marches itch and run this as an Open-Table Mythic Greek Megadungeon! Solves all my problems at once! Or maybe not.

I'm a little worried about overloading the players with multiple systems but if we only play any particular system once a month then it's not exactly overloading anything.

So I've laid out that I clearly want to do it, now I just need to nail down some details. The next post on this, whenever it occurs, will probably cover those.
Posted by Blacksteel at 5:00 PM

I'm getting the itch myself, actually, to run Stonehell Dungeon as it would allow me to play an old-old school format game and a megadungeon at the same time. My current campaign is 3E and it's really not a system well-suited to classic dungeon crawling. So far I've got one taker...we'll see how many more I manage. I think I could do it with three players and just have them fill out with hirelings, or play two PCs each, or some combination thereof.

I have that itch myself. Currently in a Hackmaster/2nd ed. Temple of Elemental Evil mash-up. We have been through before with different characters and we are now finally getting to the point where they died off.
As to what to do, why not mix-and-match? Take what you like from Undermountain and Temple, throw in your own good stuff and have a completely unique dungeon. And, as for the "world" I'm all for homebrew stuff. Yet, you have a point with the Town, Wilderness and Dungeon now GO! setup.

dragolite - I have hackmaster too, how's that working out for y'all? I think it's a game best enjoyed by those who have played some 1E/2E so until my crew has more time in there I will hold off.

Tak - 3E could do it but out of all the editions I have the least desire to run 3E - been there done it, and for my time now I need simpler/faster ala Basic or crunchy tactical combat ala 4E, so 3E falls in a weird middle ground for me now.

Over the last few days I've come up with a concept and I think I'm going to place it in my Basic D&D campaign world. That way it's an option in something we're already playing in rather than a whole new game.

Yeah, I can't imagine 4E working out all that well with dungeon crawling, just because it feels like a lot of the external "resource management" type elements (beyond power usage) has been stripped away, or it might just be my impression, but 3E is a bit annoying just because of the skill system and how it divorces the players comparatively from spending real attention on their surroundings--even if it's always more effective to pay attention, they know there's always the fallback skill check they can push toward, and it changes the tenor of the game too much for me with regard to something as perilous and tense as a megadungeon campaign.

Best of luck with yours! I think I've figured out scheduling for mine and have two players on board. One more and I'll be ready to roll, hopefully before the end of the month. 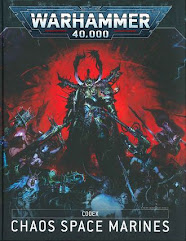 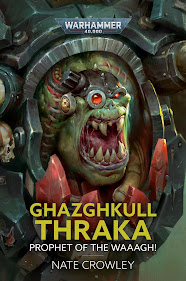